my role in brief

As a dissemination work package leader I had the following responsibilities:

The dissemination team was me and one more colleague from my department and members from the Spanish partner which were responsible for executing and running the plans. There was a small delay at the beginning of forming the team so therefore creating the brand and the initial informational website fell under my responsibilities as well. In order to help the team and maintain the quality standards required from such a project, in several occasions I had to step up and contribute with my expertise in visual communication in creating various materials. You will find examples further down on the page.

You can find the live resources by following the below links:

Identifying the internal/external stakeholders and their role in the project was one of the first steps which went alongside identifying the dissemination phases. For identifying the stakeholders I created a list with all the possible involved parties and from there I added them into 4 main categories. For the dissemination phases I used a mix of the project’s milestones and all the project’s deliverables and tried to identify which milestones and/or deliverables concerns which stakeholder category. I ended up with 5 pillar phases. As a following step  I create a 2-dimensional table matrix for each dissemination phase where I placed on the X axes ‘Interest” and on the Y ‘Influence’ each stakeholder accordingly. To validate my decisions I run a proof of concept exercise during the 1st co-creation workshop. Following this structural method it allowed us to be more precise and target with planning the detailed dissemination action plan.

The stakeholders exercise in the 1st co-creation workshop is presented in the 0.44”.

Creating the brand and the project’s website fell under my tasks since it was the first thing that needed to be done while the rest of the team was being put together. The informational website was used as the main gateway for distributing the progress of the project and announcing the main events but also for the pilot participants to register and follow up on progress. Social media were used for creating awareness about the project and promoting our events. The consortium had to contribute in disseminating the project’s effort for that reason I conducted a set of guidelines which was covering matters such as: Language style, copyright issues, confidentiality, tagging, use of the brand’s images and videos and so on. 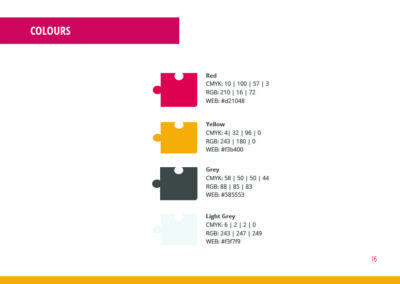 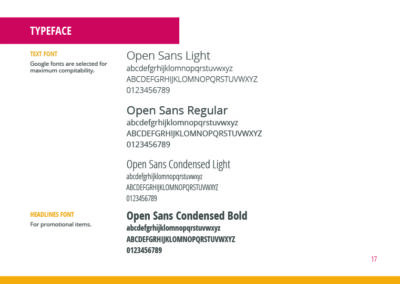 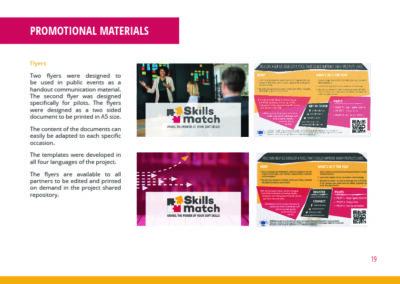 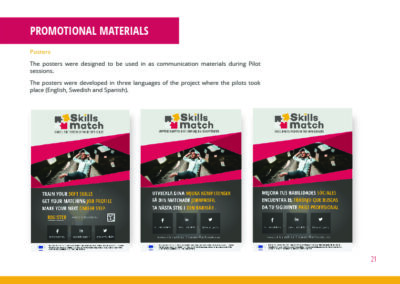 Other responsibilities I had as a Dissemination work package leader were the coordination of tasks both among our team but also with the partners. The main tool I used for creating tasks and to-do lists was basecamp along with google app tools such as docs – sheets – forms – draw,  when contributions were needed.

Leading the report writing was also in principle under my leadership. In total 7 deliverables (reports) were created and submitted to the EU, 5 out of which I was the main author and for the other 2 I co-authored and supervised.

During the course of the project, I had to coordinate the organization of 7 international events, the co-creation workshops between the project partners and the stakeholders, and the pilot workshops with the maximum number of participants we reached were 200 +.

Below is a selection of posters that I created after the usability pilot. I used the poster as a display during our 3rd co-creation workshop which helped to create a dialogue between us and have a visual representation of the users’ feedback. 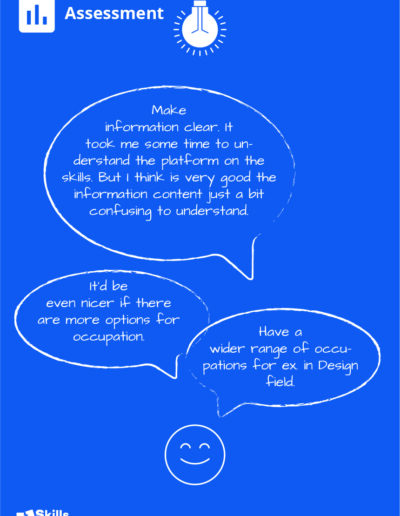 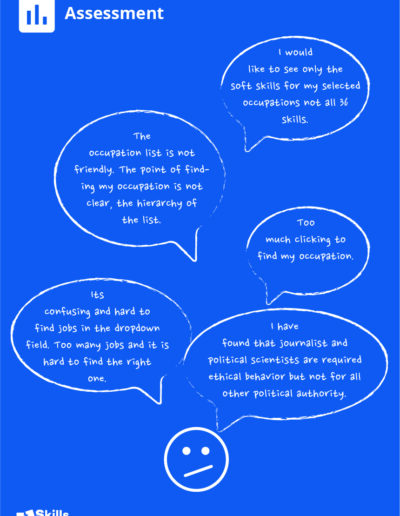 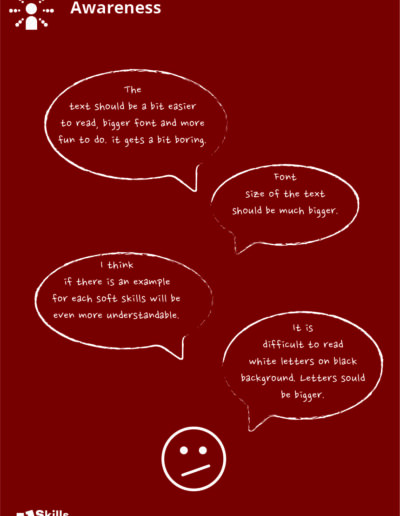 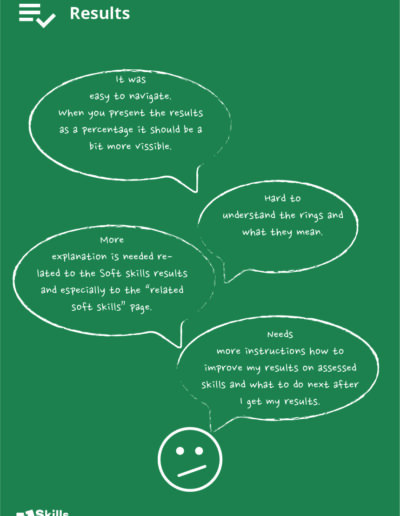 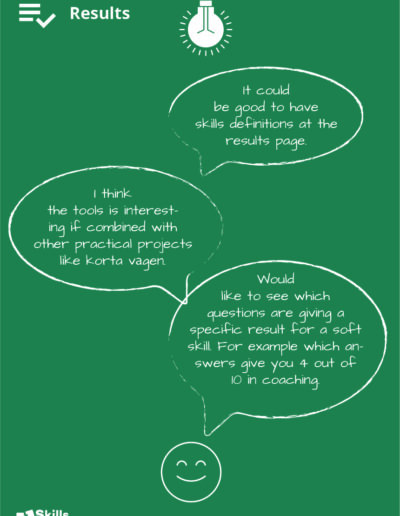 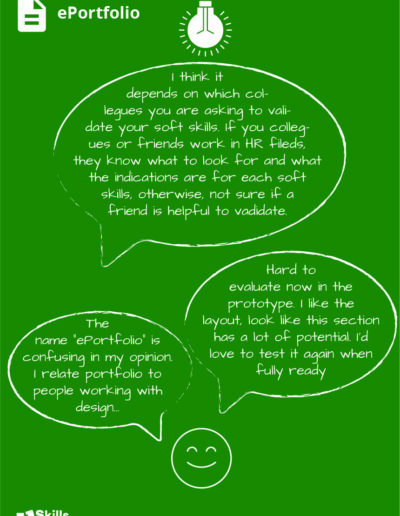 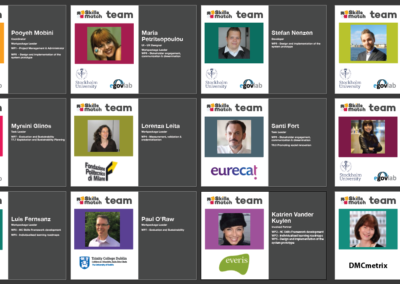 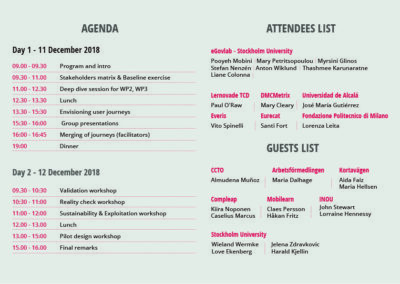 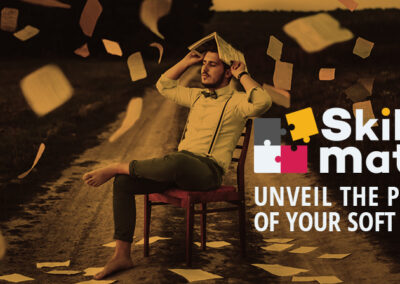 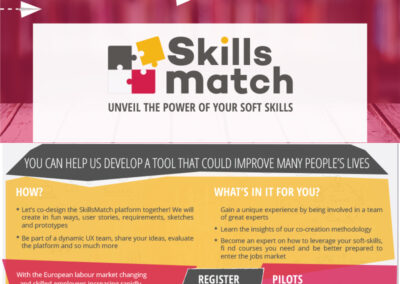 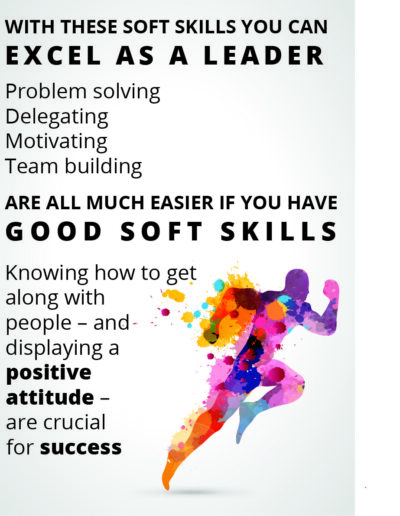 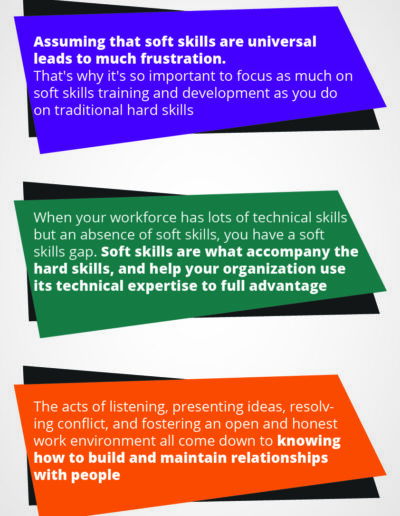 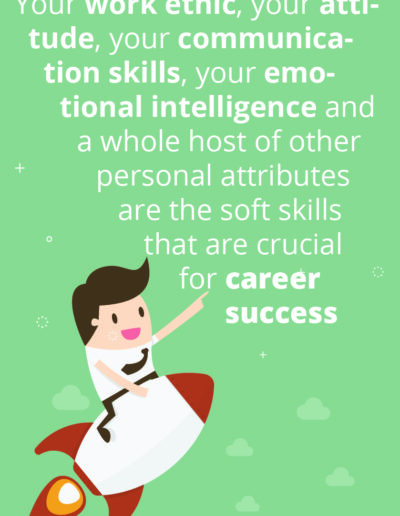 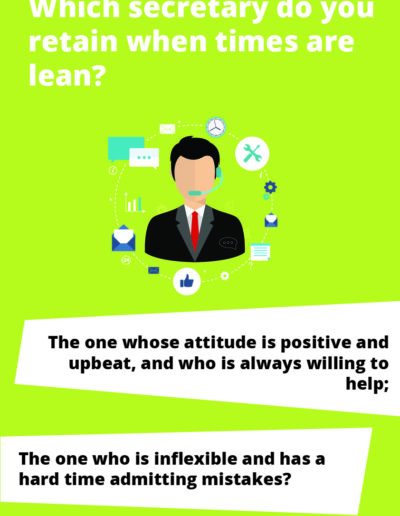 “The contribution to the State of the Art in NC skills work is high in two main areas: the creation of the Style Guide and the development of the Platform with subsequent validation of functionality. This work has not been completed before and its contribution to the common goal across the European Community of tackling the complexity, and eventual resolution, of problems related to skills assessment, matching and learned improvement, for all Member States is significant.”

Icons are great!!! Love 'em all! Honestly, in the flipping card game, I was just flipping cards without really reading through them.

- Easy to navigate
- Happy to move from one section to another
- Clear and understandable
- ePortfolio meets my goals because I will be able to show my soft skills ranking, I can have peers to validate me and also recommendations
- I enjoyed the awareness section because I learned more but it was also fun to use.

I appreciate your work on SkillsMatch it's an amazing and constructive system. I believe it could be the basic set when building your CV and it should be done before moving to LinkedIn.